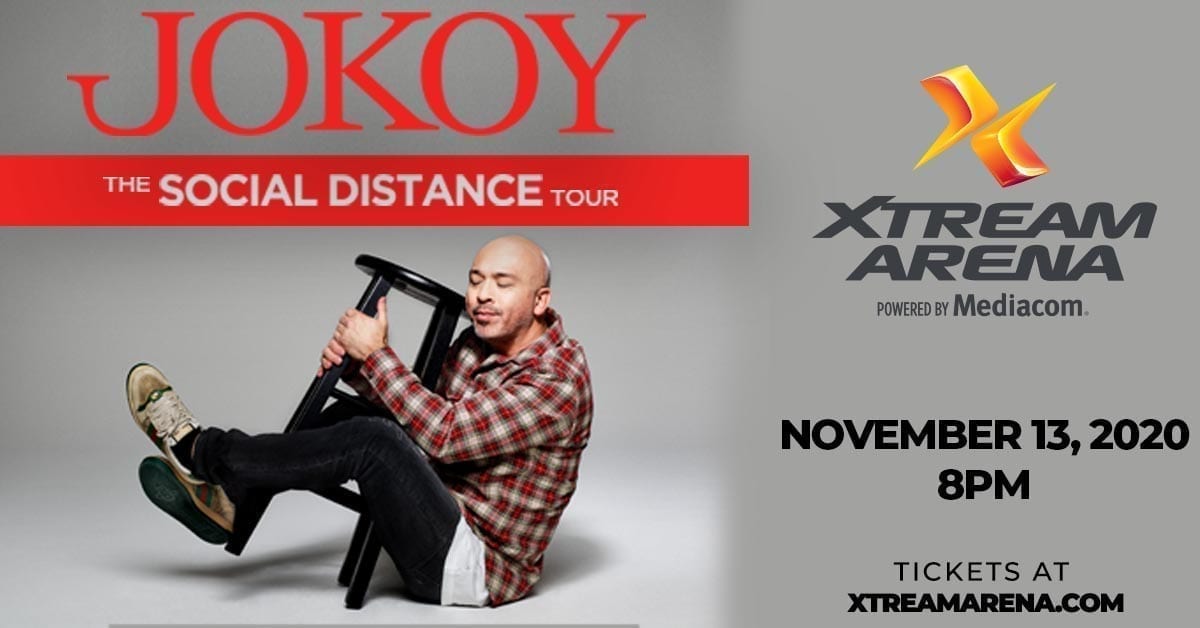 Due to new event restrictions in certain markets hosting The Social Distance Tour, all tour dates have been canceled. This includes the upcoming Jo Koy show on Friday, November 13 at Xtream Arena.

Koy has started off 2020 with a bang with four sold out shows and selling over 25,000 tickets at both the Chase Center in San Francisco and The Forum in Los Angeles. In 2021, the comedian will be releasing his first autobiography, Mixed Plate with Harper Collins Publishers. In this funny and moving memoir, Koy uncovers the stories behind his stand-up: the conflict, the drama, and the laughter as he struggles to find his place in the entertainment industry, a country and the world.

He was given the prestigious “Stand-Up Comedian Of The Year” award at the 2018 Just For Laughs Comedy Festival in Montreal. He has had four highly rated and successful comedy specials on Comedy Central and Netflix. In June 2020, the comedian released his first variety special, Jo Koy: In His Elements on Netflix. Koy brings the laughs and beats to Manila, spotlighting local culture in a one-of-a-kind show featuring Filipino American comedians, DJs and B-boys. His 2019 Netflix special, Comin’ In Hot, is also streaming world-wide. In 2019, the comedian reached #1 on the Billboard Charts for his stand-up comedy album, Live From Seattle. He can also be heard on his weekly podcast, The Koy Pond with Jo Koy by Starburns Audio.