30 years ago, the Iowa River Landing was little more than an idea. Where others saw an aging industrial zone, we saw potential for retail and entertainment, parks and bike trails, and a shared space that could serve as the heart of the Coralville community.

As time passed, our vision began to take shape and support for the project grew. After the completion of the Marriott Hotel and Conference Center, more businesses joined our budding neighborhood, and the very first residents began moving into their condos.

Today, the Iowa River Landing is home to dozens of local stores and restaurants, offices, museums, an intermodal transportation facility, lifestyle and health care amenities, and more. But even as our dream marches closer to completion, we continue to look towards the future.

In 2020, the finished Iowa Arena will fulfill a promise we made to our community by bringing a large-scale entertainment venue to the Coralville-Iowa City area. Not only will this provide a home for local athletes, it will allow us to attract visiting artists, entertainers and events that bring the outside world closer to home.

With our friends and community at our side, we look forward to seeing what the next 30 years has in store for the Iowa River Landing. 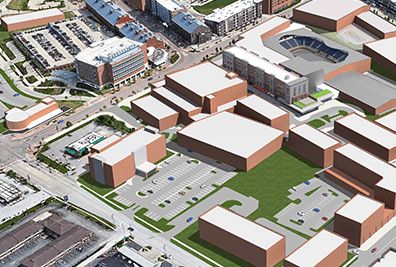 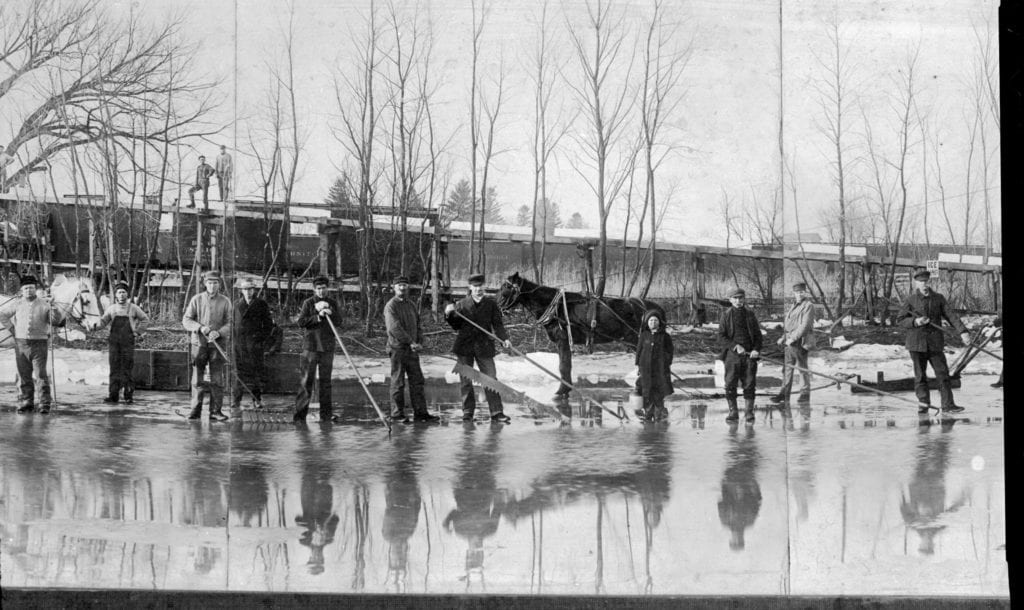 Since the city’s first dam was constructed in the 1840s—nearly three decades before Coralville’s incorporation—the Iowa River has played a pivotal role in shaping the region’s commerce and culture.

Supporting recreational pursuits, ice harvesting, farms, mills, a limestone quarry, and eventually, an electric power company, the river was both friend and foe to the early residents of Coralville. Flooding, in fact, was such a regular part of life that 1st Avenue was originally known as Water Street.

In what is now the Iowa River Landing, a thriving mill industry brought economic opportunity—as well as uncertainty. Floods, fires and even explosions were unavoidable risks of doing business, and in the decades the area served as a mill landing, it saw its fair share of rebuilding in the wake of catastrophe, keeping the landscape—and its inhabitants—in a constant state of flux.

Towards the end of the 19th century, industry along the river shifted from milling to electric power generation. The Iowa River and Power Company building was opened in 1886, becoming the region’s biggest economic engine until it was retired in 1968. The building still stands today and is now home to a popular restaurant loved by residents and visitors.

In the latter half of the 20th century, the Iowa River Landing area became an industrial zone as the city’s modest population skyrocketed. Retail businesses began to spring up, and eventually, a new mall made Coralville a shopping destination.

Keeping the Past Alive

As the Iowa River Landing slowly transitioned from its industrial roots to the retail mecca it is today, great care was made to keep its history alive through architecture. Many of the buildings that you currently see in the landing were modeled after two of Coralville’s most iconic landmarks—the Iowa River Power Company and the Coralville Schoolhouse, which resides in the city’s Old Towne district just blocks from the River Landing. 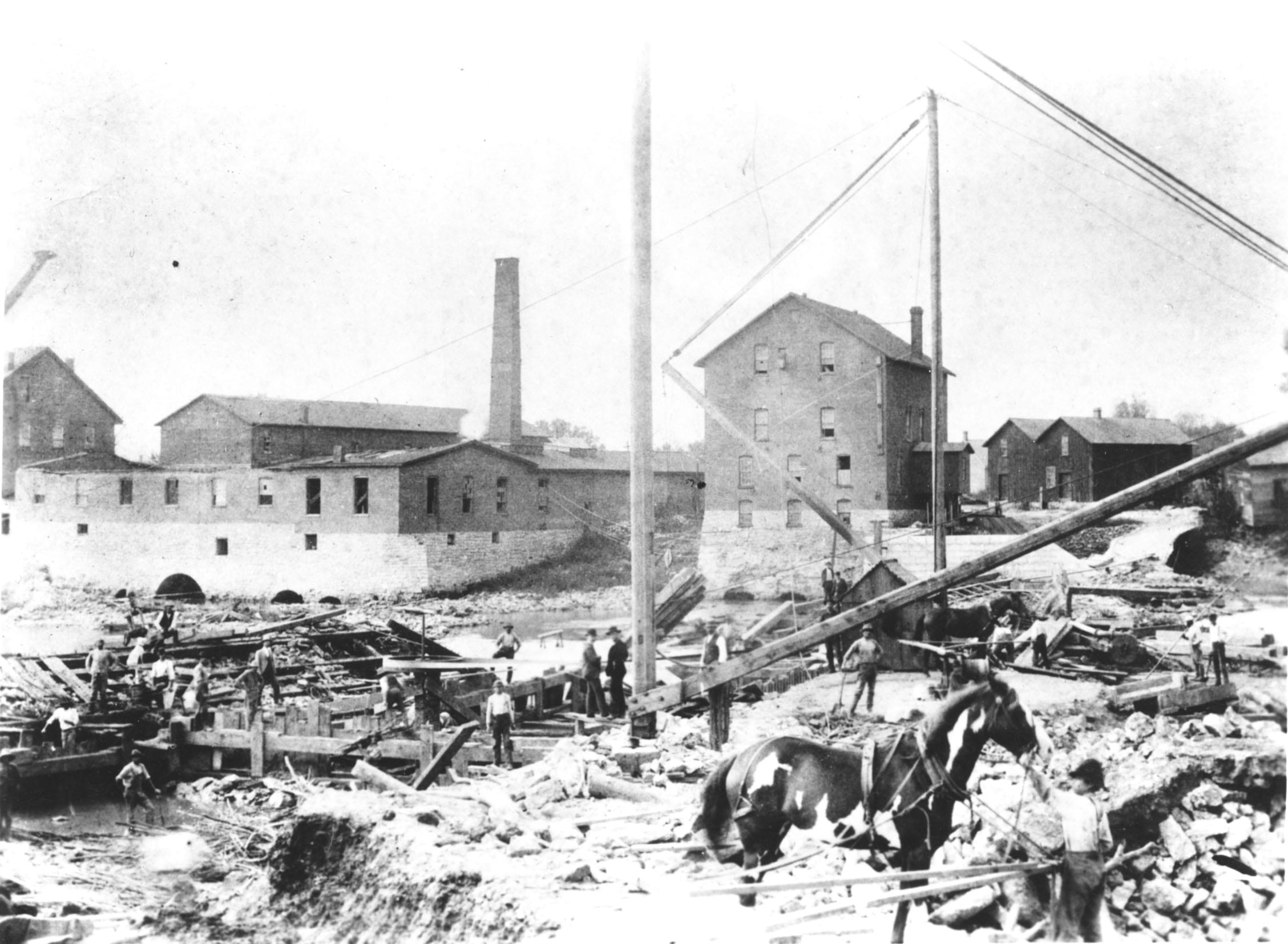 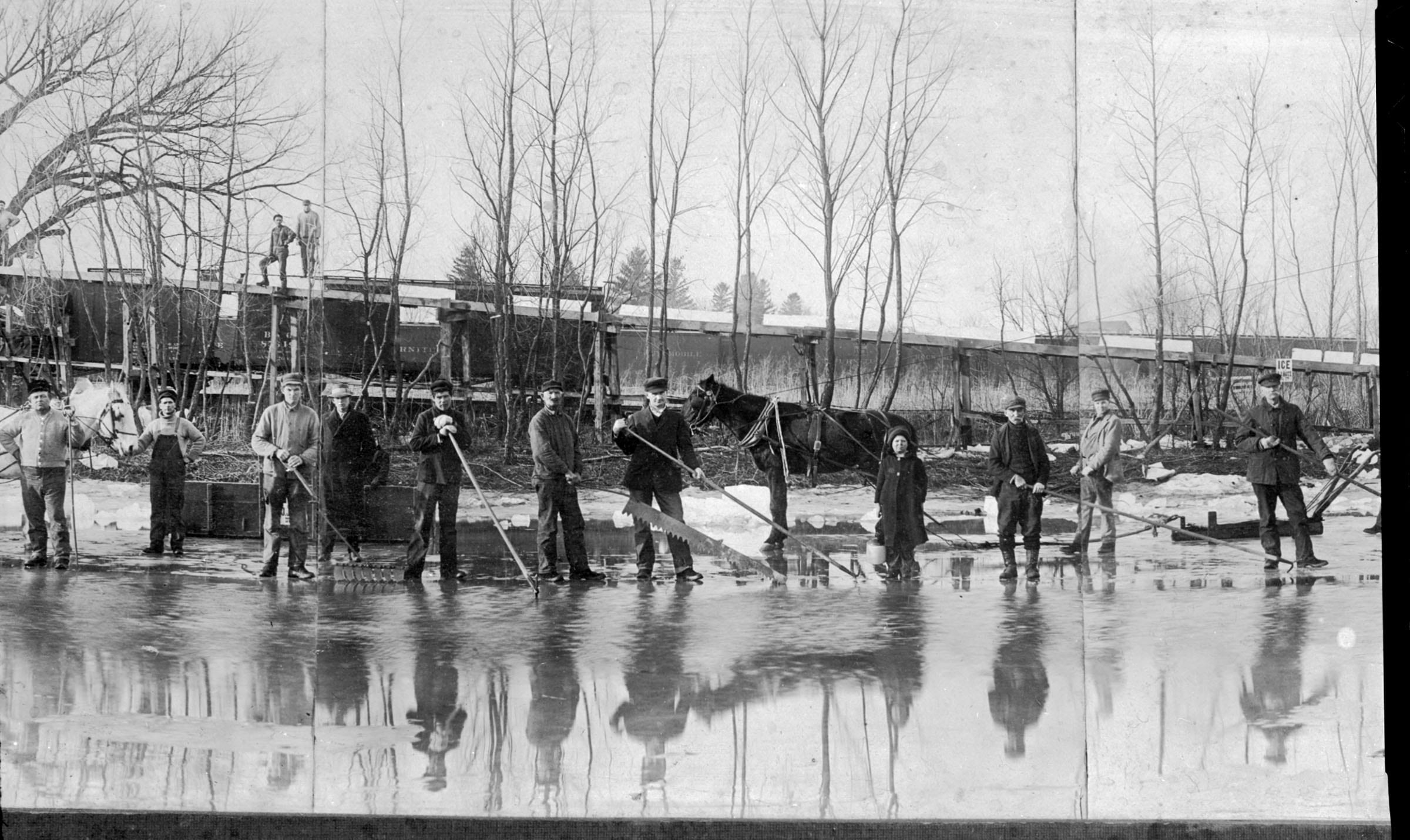 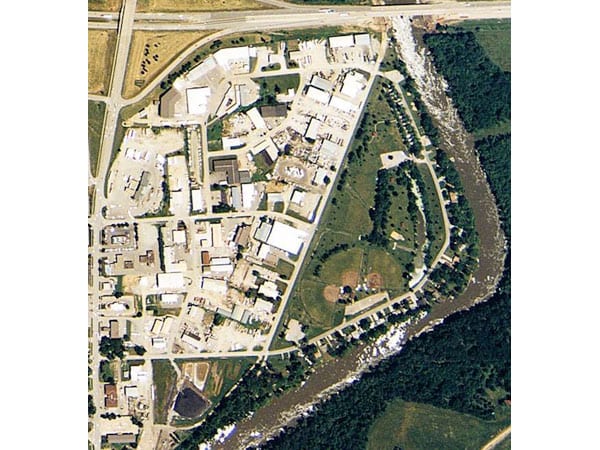 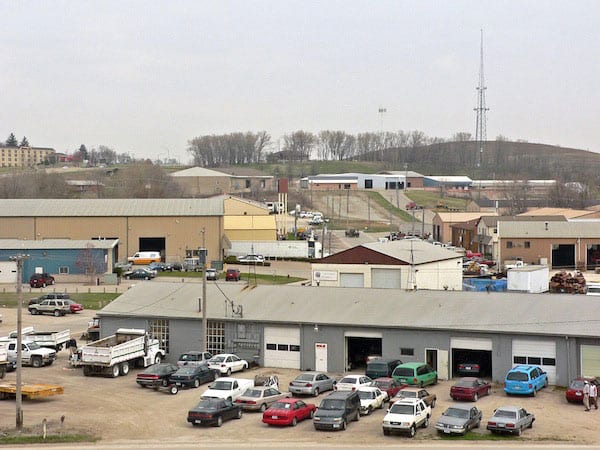 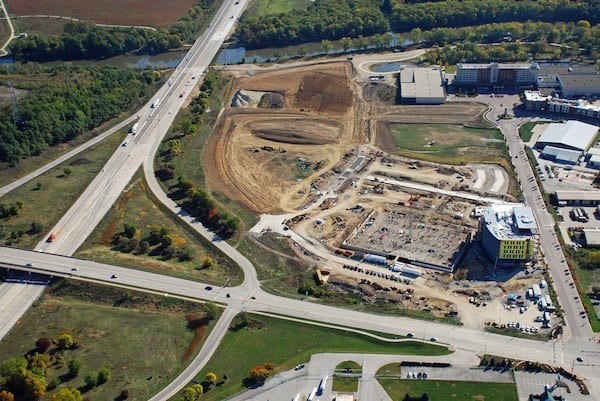