With the addition of seven new 100bbl fermenters, Iowa River Landing’s Backpocket Brewing has nearly doubled its brewing production, making it the largest brewery in Iowa. The increase is needed to accommodate growth in the surrounding states as well as the production of new styles, including the Jackknife APA and Cane Blade DIPA. 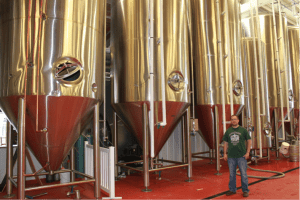 “It has been a crazy first year,” said Backpocket’s Brewmaster Jacob Simmons. “Our location at Iowa River Landing has allowed us to connect with so many people, getting the word out and ultimately driving demand. We only expect this to get even better as development increases throughout the IRL.” The expanded brewery will employ approximately 40 people.

Backpocket Brewing is also preparing for Coralville’s Brrr Fest, a celebration of the beers of winter and the brewers who make them. Tickets will be available for purchase beginning Black Friday, November 29. The event will be held on January 25, 2014 from 1:00 PM-4:00 PM at the Coralville Marriott Hotel and Conference Center. 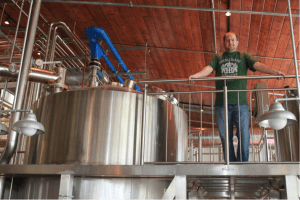 Menu
Updated Operating Hours and Information for our Neighborhood Guests
+