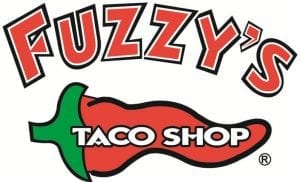 The Iowa River Landing is pleased to announce the latest addition to this exciting retail, dining, and hospitality district. Fuzzy’s Taco Shop has signed a lease for a new location in the Iowa River Landing. The restaurant will be located on 9th Street at the east end of The Landing residential unit.

The original Fuzzy’s Taco Shop was established in 2001 in Fort Worth, Texas. The menu features fresh, baja-style flavors and proprietary sauces, seasoned and slow-cooked meats as well as grilled and tempura seafood items that adorn tacos, burritos, nachos, quesadillas, salads, and sandwiches. The restaurant also offers kids’ meals, beer and margaritas, and a selection of breakfast items that are served all day. All items are made fresh in house with whole foods on a daily basis.

“We chose Iowa River Landing for several reasons.  First, we love the current development and are extremely excited about the future growth,” said owner Corey Butcher.  “We also like being close to the University of Iowa.  This location will not only allow us to bring the Fuzzy’s Taco Shop experience to the students of the University but also the residents of Coralville and its many visitors.”